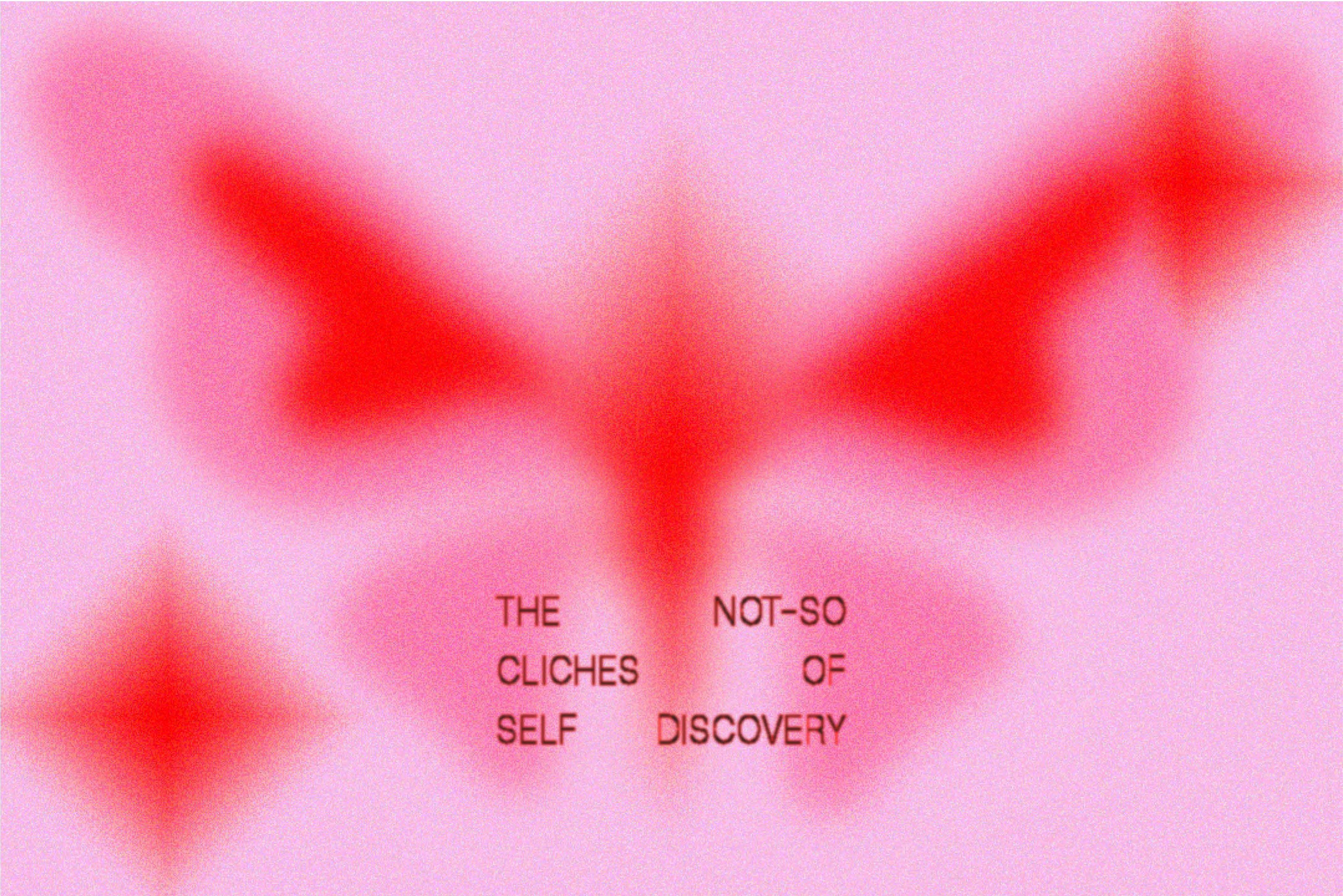 The Not-So Clichés of Self-Discovery

When I was younger, I used to think that someone was writing the story of my life. I was fascinated with the idea that maybe if I weren’t real, my problems wouldn’t be either. So I made myself believe I was a fictional character, but then I realized that I’m not interesting enough a character to be written about. The author of my life was writing a really boring story.

But what if, like the butterfly effect—with one small change, I could alter my future and change the narrative? Writing became a cathartic escape to explore those untold stories that I hoped to one day live. While I found writing to be a way to express myself, it didn’t actually come as naturally to me, so I weeded out inspiration in others.

T. S. Eliot famously stated: “Good writers borrow, great writers steal.” A motto I kept with me in the back of my head as I continued to search for the right words to say.

Note: I hate clichés with a passion. They’re like dead metaphors that make your writing boring and predictable. More than the act of writing itself, I was obsessed with word play. The ways in which poets and singers create paintings with their words was captivating to me.

In high school, I started collecting quotes and no, not the cliché ones. If I ever came across a line in a book that I really liked, or a quote online that really spoke to me, I always wrote it down. I often refer back to these quotes when I’m feeling lost or stuck in life, or just a little down on myself. It helps to read the comforting words of someone wiser than me. They reassure me about the direction I’m going in life and help me realize that everything isn’t as bad as it may seem in the moment.

With my love for words and quotes came a bashing of self-criticism. I wanted to articulate my thoughts in the best way possible, but constantly overthinking my writing made me feel insecure, like no one would care to hear what I have to say. I hate to admit it, but I wanted validation.

What started as a way of coping with my own realities became an oppressive thought in my subconscious.

In 11th grade, I wrote a six-word memoir which read, “I am a thinker... I’m still thinking.” If you’re unfamiliar with the genre, it’s simply a way of telling your story in just six words. I didn’t know what my story was. As a last-minute attempt because I couldn’t think of anything, I essentially wrote about that—being stuck in my own head.

Then I came across this quote, “You don’t have to wait to speak until you have something profound to say. People connect to humanness.” I held myself back a lot because my words didn’t seem right. My epiphany moment was understanding that it’s not about what you say or how you say it, rather it’s how you’re left feeling.

One of my favorite quotes is, “In the best conversations, you don’t even remember what you talked about, only how it felt.”

Freshman year of college I started journaling regularly as a way of reflecting. Knowing that the words I put onto paper were for my eyes only, made it easier to let go of having to perfect my writing and seek any type of validation.

As I became more comfortable with the thoughts I put down, I started writing poetry. Kind of backwards looking at it now because with poetry, it’s all about word play. But shifting that mindset and emphasizing on the feeling allowed me to be my most creative.

Throughout my time in college, I was involved in my school newspaper and covered a lot of news stories, but journalistic writing is a lot different from creative writing. During my last semester of senior year, I decided to submit a few of my poems to my college’s literary magazine because it was my last chance before graduating so I thought, why not. By no means did I expect to be selected to be featured in the spring issue. I wasn’t looking for validation anymore, I didn’t need the opinions, approval, or recognition of others to know what I said matters and is powerful, not in a cocky way, but from a place of growth in knowing the only validation I needed was from myself. Although I’d be lying if I said I wasn’t overwhelmingly happy when I was selected to be featured for a piece that is so dear to my heart.

I did come to learn in time though that the negative connotation associated with needing validation didn’t have to be negative—in fact, it’s not. My top love language, whether it be with a parent, partner, or friend, is words of affirmation, which doesn’t come as a surprise. I appreciate people who take the time to see me and my work for what it is and provide constructive criticism to better myself and my craft because then I know they are paying attention and care. It’s not fishing for compliments because I have a good ear for detecting BS. I appreciate sincerity and thoughtfulness to truly feel connected.

I’ll end with this, make what you will of it.

If your worst enemy lives between your two ears

and the words they speak become the only truth you hear—

burn that house, take its ashes, and pray a light will glow from the flames.

The shadows behind you will always chase you so long as you shine.

It doesn’t do you any good to try and outrun them.

Befriend them instead. Unclench your fists, and release the tension.

Liberate your spirits from the chaos and the air starts to feel lighter.

Know that where you currently are